Ama was alive long before it became our home. Art, landscape and the wisdom of wine have always co-existed in Ama. The Etruscan origins attest to the existence of a walled town in pre-Roman times. Ama was owned by the Firidolfi family during the Holy Roman Empire. The castle, which stands in the denomination, was probably destroyed in the fifteenth century during the Aragonese invasions in the Chianti area. In the early 1700s new dwellings were built, using the same stones, in the exact same spot where the castle had originally stood. Hence, the construction of the villas belonging to Pianigiani and Ricucci families, which now comprise the Castello di Ama estate headquarters. A document dating to July 1773 contains a report by the Grand Duke of Tuscany, Leopold II, as the Governor of Tuscany, which praised the excellence of the hilly terrain. The beauty of Ama spurred Tomaso Carini to oversee the rebirth of this land in the early Seventies, involving three friends (GianVittorio Cavanna, Pietro Tradico and Lionello Sebasti) in the project. A limited company was established, which would change the destiny of Chianti. The four entrepreneurs, led by Cavanna, replanted most of the vineyards and built a modern fermentation cellar, which became an innovative model for the entire area. Marco Pallanti arrived in Ama in 1982, a young Florentine agronomist who became the estate’s winemaker after extensive technical training at the University of Bordeaux under the tutelage of Patrick Léon. Lorenza Sebasti, the daughter of one of the owners, Lionello, took over the estate’s management in 1993. A 40-year labour together, Lorenza and Marco continue to share the same passion and vision. The second generation of the Carini, Tradico and Sebasti families are still represented in today’s company.
The success of Castello di Ama lies with Lorenza Sebasti, daughter of one of the original owners, and winemaker Marco Pallanti. A 40-year labour of love, Lorenza and Marco continue to share the same passion, vision and values. 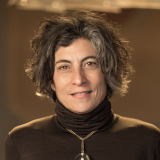 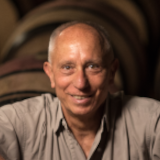 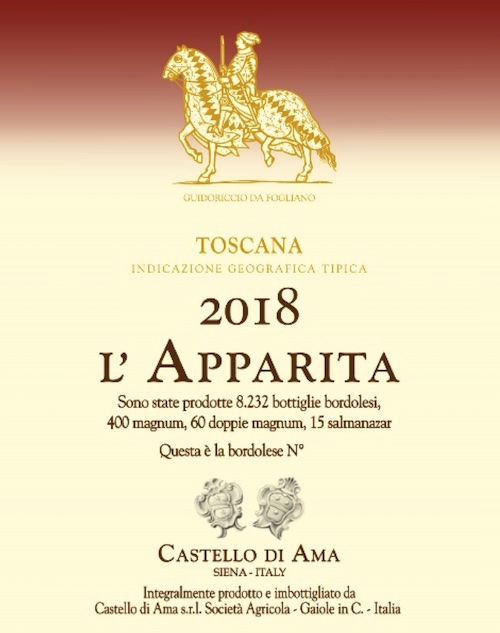 L’Apparita, the first purebred Merlot produced in Tuscany, has been an iconic wine since its initial harvest in 1985. Two parcels at the top of the Bellavista vineyard comprise the L’Apparita cru. Vines were firstly planted in 1975 with Canaiolo and Malvasia Bianca, they have been replanted in 1982 with Merlot, using the clone nr 342. The open-lyre training system and the predominately clay soil make this cru a crown jewel in world winemaking. Since the first vintage, this wine has maintained its unique expression in which the distinguishing features of Merlot are elevated by the terroir of Ama.